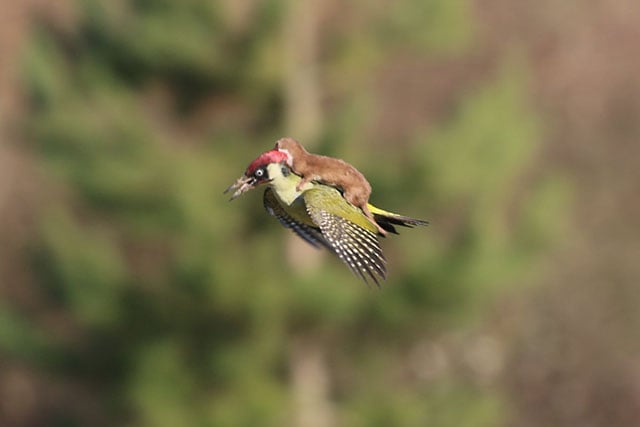 A photographer and birdwatcher in London has captured a strange and rare photo that has the Internet abuzz: an image showing a weasel riding on the back of a woodpecker as it flies through the air.

Martin Le-May was walking with his wife through Hornchurch Country Park in east London yesterday afternoon when he heard loud squawking. He saw a woodpecker flying in his direction and quickly snapped some photos of what was unfolding.

The photo has since quickly gone viral in the media and on social networks. The photo was shared by fellow birder and wildlife photographer Jason Ward and subsequently retweeted thousands of times:

Wildlife expert and BBC presenter Lucy Cooke explained why it was particularly unusual.