A Magical Portrait is Born 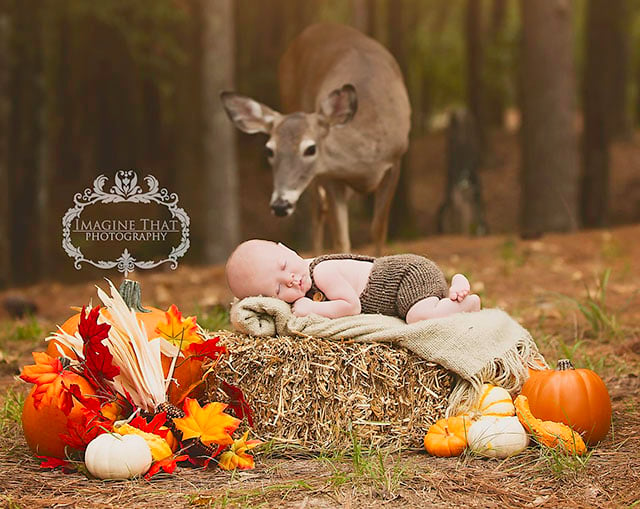 A photographer in Louisiana recently shot a baby photo that was a lot more magical than she had planned. In the middle of the outdoor photo shoot, a curious deer decided to wander into the shot to see what was going on. The photobomb resulted in a remarkable and memorable portrait.

Back on October 20th, photographer Megan Rion of Imagine That Photography did a portrait shoot for a 1-month-old boy named Connor in Sam Houston Jones State Park in Moss Bluff, Louisiana.

As Connor slept peacefully on a stack of hay surrounded by pumpkins, a young deer showed up. It was Maggie, a deer who was hand fed when she was young. Comfortable with people, Maggie is known for showing up during photo shoots held in the park.

Image credits: Photographs by Megan Rion/Imagine That Photography and used with permission